ScrubAir Systems Inc. Get a quote today!
ScrubAir follows up promptly with a quote and detailed sketches designed to meet the specific qualifications, processes and layout of your plant. Tell us about your project and we will get back to you as soon as possible.
Call Us: (847) 550-8061

Got Questions? We’ve Got Answers!

Does ScrubAir actually design, fabricate, install and service the total system, or is it purchased elsewhere for resale to the client?

ScrubAir designs, fabricates, installs and services ventilation systems locally for small midsize and large metal finishing facilities – as well as nationally for a variety of finishing industries including Fortune 500 and 100 companies across the U.S. ScrubAir also serves the international metal finishing community around the globe

Is ScrubAir capable of responding to emergency situations?

In June 1999, an urgent phone call from a long time ScrubAir client reported a high-priority situation at his chrome facility – but our ScrubAir Environmental Engineer wasn’t quite prepared for this scene when he arrived at the site. An early morning fire had ignited a plating tank, roared through the hoods and duct and swept into the fan and scrubber equipment on the roof. The 32,000 CFM ScrubAir ventilation system was left in ruins, and the chrome plater’s biggest production process line was down.

Knowing the importance of getting this client back into full production as soon as possible, ScrubAir immediately went into action. Meeting with the plater’s insurance company and submitting the required quotes and spreadsheet details were just the beginning – planning out the best strategy for the job with key ScrubAir supervisors really set the wheels in motion. Production Supervisor Brian Szutkowski mobilized the crews for long weekend overtime hours, John Glomski (Design & Engineering) provided fabrication sketches, scheduled crane subcontractors, ordered a replacement fan and secured all materials necessary. Tom O’Connor made sure that ScrubAir committed all available resources and labor to minimize every second of downtime for their client.
The results?
Extraordinary!
Five days after this catastrophic fire, ScrubAir had this chrome plater back in production by fabricating and installing a new 32,000 CFM Chrome Separator with fan, hoods and all ductwork necessary to ventilate the four plating tanks on this system.

Is there a way to utilize or retrofit any of your existing equipment to save on costs?
Would a full guarantee still apply to modified systems?

The American Airline plating facility located in Tulsa, OK operated two hard chrome plating lines with 65,000 amp rectifier capacity that could not meet the new EPA emissions standard. The two 30,000 CFM ventilation systems were only six years old and in excellent condition, but test results showed chrome emissions in excess of 0.070 mg/dscm each.

Every ventilation vendor encountered the same problems as the quotes were prepared for bidding on this project:

The existing systems were located in the basement of the plating facility
Possible modifications to the building itself may be necessary
Replacing the system would require extensive down time – time for demolition removal and relocation of the existing system had been estimated at 10 to 14 days for each unit by other vendors, and the time quoted for installation of the new systems was an additional 14 to 21 days
A new system would require assembly onsite because spatial constraints of the facility would not allow for movement of a completed separator into place
After thorough inspection of the existing systems, Tom O’Connor knew the equipment could meet ScrubAir’s criteria to qualify for modifications:

It was economically feasible to retrofit versus replace
The fan capabilities to pull the additional static pressure requirements of a composite mesh pad system were adequate
The design CFM capabilities were in compliance with OSHA requirements of required ventilation per the combined tank sizes
The units had structural integrity to facilitate proper installation of grid supports for the pads
The scrubber length was adequate to install at least two (2) stages of composite mesh pads, spray headers and nozzles
After reviewing quotes from other ventilation vendors, the airline chose ScrubAir for the project – based largely on ScrubAir’s commitment to fully guarantee the entire retrofit. Tom engineered comprehensive drawings for the airline’s approval, then arrived onsite with the ScrubAir Installation Crews to proceed with demolition and installation of new equipment.
How long did the entire process take?
Three Days!

Was the production line shut down during this installation of the retrofit?
The process was in operation during the retrofit installation by utilizing a crossover pipe between the two scrubbers – allowing ventilation through one scrubber while the other scrubber was being modified!
An independent environmental testing company tested the exhaust air and the results showed chrome emissions under 0.005 mg/dscm – far surpassing the EPA requirements! The system continues to operate efficiently and practically maintenance-free. The plating supervisor of this airline facility presented a paper to the 1997 AESF Aerospace Conference detailing the success of this project.

Is it possible to buy a ventilation system that will pass EPA testing even if you
have a very limited budget?

Consistent positive feedback from ScrubAir references who assured him that he could trust ScrubAir to provide a superior design for ventilation that would pass EPA testing and require very little maintenance – guaranteed!
The price of the ScrubAir system allowed room in the Precision Hard Chrome budget for Mr. Grace to purchase new tanks, rectifiers, and resurface the floor and pits in his entire work area. The ScrubAir systems included a 20,000 CFM air make-up system which were all installed with minimal down time for Precision Hard Chrome.
Ten months later the ScrubAir system was tested by an independent firm at full amperage on each tank – both tested well below the 0.015 mg/dscm, with one testing at 0.0035 mg/dscm. After one year, these systems were still operating with very little water usage (each unit uses only 20 gallons per day to rinse the pads, then gravity flows back into the tank as make-up water), and the pressure drop across the three stages has not increased. (The EPA allows 1 inch increase in S.P. before requiring that the system be shut down and the pads manually cleaned).

Shutting down production or process lines is costly. Can ScrubAir’s lead times and installation dates be adjusted to meet your schedule?

ScrubAir was chosen by the engineering firm of Burns & McDonnell and the TWA Engineering Staff to fabricate and install a complete chrome ventilation system for the TWA Plating Facility in Kansas City, Missouri. The system included two new 18,000 CFM Chrome Separators, fans, stacks, PLC control panels and all interconnecting PVC duct and fittings per engineering specifications.

ScrubAir adjusted it’s production and installation schedules to complete this project for TWA in phases to allow ongoing production to proceed – and the project was finished ahead of TWA’s schedule!

What if the system doesn’t pass? Who pays for the second testing? Is the guarantee
clear and comprehensive?

ScrubAir clients don’t have to read through pages and pages of small print trying to find out exactly what is covered under warranty and what is not. The ScrubAir Guarantee is crystal clear:

SCRUBAIR GUARANTEES .015 MG/DSCM
If the chrome system does not pass testing, scrubair will make all necessary modifications at no cost to the customer, and ScrubAir will pay for the second test.

SCRUBAIR GUARANTEES THAT THE NOx REMOVAL SYSTEM WILL COMPLETELY ELIMINATE ANY VISABLE NOx YELLOWISH PLUMES FROM EXITING THE STACKS.

SCRUBAIR ALSO GUARANTEES THIS SYSTEM WITH THE CHEMICAL ADDITIONS WILL REMOVE NOx CONCENTRATIONS AS HIGH AS 20,000 P.P.M. TO UNDER 100 P.P.M.

What if the maintenance is more than the client expected?

Armoloy of Illinois purchased three new ScrubAir ventilation systems for their plating facility in DeKalb, Illinois. After using the ScrubAir systems, Armoloy reported that the maintenance on the units was more than what had been expected.

The clogged pads were removed from the scrubbers, and a sample of the substance imbedded in the media was tested. The lab concluded that it was dirt from an adjacent cornfield and truck parking lot. The particles were entering the Armoloy facility through the air make-up system and were ultimately being drawn up into the ventilation system.

ScrubAir installed new high efficiency filters in the air make-up filter box, increased the pressure of the water in the rinse-down system and the high maintenance was eliminated!

Does ScrubAir utilize the latest technology and the most efficient methods available?

ScrubAir knows there are many designs and theories that can look impressive on paper, yet may not always be the most practical solution for the end user.

Caterpillar in Joliet, Illinois had five existing wet bed scrubbers servicing five ventilation systems. These systems could not meet the federal MACT mandate for chrome emissions of .015 mg/dscm, so Caterpillar asked for bids to replace two of the five scrubbers. A large scrubber manufacturer from the midwest received the contract, and installed two large vertical, 3-stage composite mesh pad systems with periodic wash down. Each vessel consisted of three composite mesh pads housed in a cartridge which slid into a drawer section in the chrome separator. The middle stage was designed to coalesce particles and was constructed of two course pads and 20 ultra fine pads.

Both systems passed the emissions mandate, but within one month the two vessels exceeded the 1″ pressure drop increase allowed by regulations, forcing Caterpillar to shut down the process to clean the pads. This high maintenance chore became a major nightmare – causing a loss of three shifts! The large cartridges were very difficult and heavy to remove, and the pads had to be cut open to allow the fibers in the center to be cleaned.

Caterpillar continually contacted the scrubber manufacturer for assistance. The vendor sent representatives to the plant who told Caterpillar engineers that “at least the system had passed the difficult MACT mandate” and Caterpillar needed to expect that “a filter system is high maintenance” and that this vendor’s system was “the best technology available”. After one year, Caterpillar proceeded to purchase the third (of five) chrome separators required, and asked ScrubAir to quote on the project along with the other scrubber manufacturers. ScrubAir proposed their unique gradual step down system, guaranteeing that it would not have the plugging problem Caterpillar experienced with the other two coalescent scrubbers. ScrubAir also promised Caterpillar that they could expect to go one full year before the ScrubAir system would require cleaning of the composite mesh pads.

After receiving the purchase order from Caterpillar, ScrubAir installed an 18,000 CFM horizontal 3-stage composite mesh pad unit with a PLC control panel. Six months later, the system had only increased 2/10 of an inch (well below the 1″ pressure drop allowed). Stack testing proved that the emissions were well below the MACT mandate at .003 mg/dscm.

Caterpillar had become convinced that the ScrubAir technology really worked, and proceeded to issue an order to replace the two composite mesh pad systems they had just purchased 1.5 years before with two new ScrubAir gradual step down vessels. These two new units also operated one full year before Caterpillar pulled the pads for cleaning! Caterpillar then requested ScrubAir to quote a price to replace the final two wet-bed scrubbers. ScrubAir was awarded this contract, and fabricated and installed two more Chrome Separators.

Today, all five systems at Caterpillar are ScrubAir gradual step down composite mesh pad systems. These units have proven to require very little maintenance, and use a minimal amount of water for the rinse down cycle.

In March of 1999, ScrubAir was contacted by Alloys Cleaning, Inc. (a chem-milling company in Los Angeles, California) to provide a quotation for the design, manufacture, and installation of a NOx scrubbing system on their new titanium milling process tanks. Their process uses nitric and hydroflouric acids which produce very high concentrations of NOx during processing.

Tom O’Connor traveled from Chicago to Los Angeles to meet with Larry Barnhard (owner of Alloys Cleaning) and designed a system to meet the many California restrictions put on this type of industry.

After the State of California approved the system design for compliance to earthquake resistance, wind shear resistance, and numerous environmental requirements, the system was manufactured and installed by ScrubAir. Installation was completed in just three days. 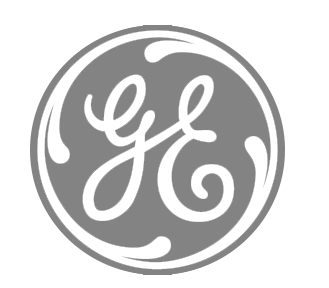 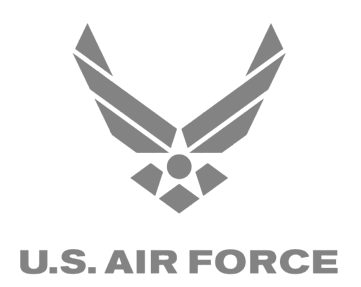 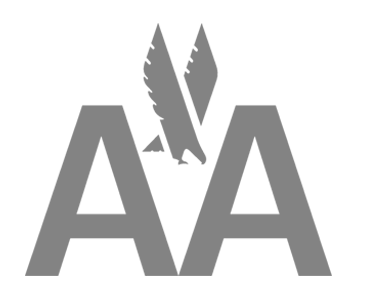